With the decade coming to a close (are we calling it the ‘10s or the 2010’s?) it’s a perfect time to reflect on change progress. In the field of Custom Foot Orthotics the ‘10’s have seen the biggest changes over any decade preceding it. And when we’re talking about Custom Foot Orthotics, these changes have been resoundingly good.

Let’s take a look at a few of the new changes.

January 2019 saw the PridePlus Health Melbourne Podiatry clinic roll out 3D printed nylon orthotics consistently across Melbourne before almost every other clinic out there. Our experience(s) in clinical practice and academia lead to the team confidently making the transition to this new material before others.

This new material, an ethically sourced PA11 Nylon fibre has lead to significant benefits for wearers of our Custom Foot Orthotics.

Turn the clock back to the start of the decade and PridePlus Health podiatrists were taking impressions in line with most other podiatrists from the previous 30 years. Using fragile, messy and time consuming plaster of paris or a foam box impression mould.

2014 saw the first cumbersome 3D scanners which cost a fortune to produce grainy images of a foot in 3D. They required significant computing power, technical expertise and due to the size, almost another room in clinic for scans to be taken. This exciting stepping stone to improved tech was already made outdated by early 2017 with the introduction of portable, accurate and much more user and cost effective scanners that can attach to tablets or smartphones.

With our modern 3D scanning a perfect replica of foot can be captured safely in minutes, in a variety of positions. Couple this with improvements in digital image processing and transfer speeds we can get significant improvements to custom foot orthotic delivery times. In the past an old plaster of paris cast could take a week in transit, become damaged on delivery to the orthotic laboratory, require hands on cumbersome and less reliable technical work, and eventually be shipped back to us at significant cost to time, money and carbon. Now, a scan can be taken, uploaded and digitally corrected in minutes, with a pair of orthotics back on route to the clinic by the end of the day. Progress!

This change is probably the hardest to explain, and yet the most important. So let us start with some background and an analogy.

Custom foot orthotics were originally prescribed with what we now know was a faulty theory underpinning foot function (no judgement, it was the best we had at the time, and some people got some good results). It was thought that any disease or pathology was due to incorrect foot posture or function, and an orthotic could correct this. The theory was developed by a brilliant podiatrist and it was the done thing in many podiatry clinics, for many years (sadly, it still is in some).

Our most up to date understanding of how a foot orthotic works for you is that it can push on the foot to change the timing, magnitude and direction of the way the ground would usually push on parts of the foot. Basically, if your muscles pull on your foot, and the ground pushes on your foot, an orthotic can change that push on the foot to provide some relief to overworked areas.

A comparison of the two theories is originally, we thought all feet had to look and behave the same, if they didn’t, we could force them into the ideal look or behaviour. Yes it sounds silly just typing it. Now, we know all feet look, move and behave differently. This can lead to some areas working harder, and if it’s too hard, something might get sore. We now push gently on a foot to reduce that extra bit of hard work to get a great outcome.

So what is the difference for someone who got a result from an old orthotic? Well, it’s like comparing a Model T and a modern BMW. Both are cars. Both can move people around. The Model T might be able to move you from A to B, it might not be comfortable, it might not be reliable, but there is no mistaking it is a car. A modern orthotic prescribed with a current understanding of foot function is like that comfortable 7 series Beemer. It will get you where you need to go, it can do it very comfortably, and if you need, it can have a few extra features thrown in there as well.

Back in the early ‘10’s custom foot orthotics were a little bigger and bulkier than today which required a deep and spacious shoe to fit into. Now, we can fit orthotics into many more options, different styles of full, mid and light weight running shoes. Court shoes. Work boots. Footy Boots. Basketball shoes. Cycling Shoes. The list is ever increasing.

With increasing accuracy of scans, prescriptions and fabrication of custom foot orthotics we can now target activities with greater specificity. The biggest change here from the early ‘10’s is the advent of a Cycling Orthotic known as P.Ride Cycling Orthotics. Cycling is such a different movement and loading pattern on feet than regular walking or running. During ambulation on foot our feet need to adjust to different surfaces, provide shock absorption, give us feedback to what is happening on the ground, then power us forwards. All of these jobs require movement and flexibility of many joints. When it comes to cycling, our foot’s flexibility and adjust ability is not needed, and leads to power lost from our big muscles up the leg not being able to efficiently transfer their power to the pedals.

A modern P.Ride Cycling Orthotic will stiffen and stabilise the foot inside a cycling shoe which leads to an increase in power output, whilst increasing comfort during long and hard rides.

What’s Next For Custom Foot Orthotics?

There’s plenty of exciting improvements and research being conducted in the field of custom foot orthotics. Even lighter materials. Changes to top covers. Aesthetic changes to 3D printing. Faster turn-around times. The complete eradication of custom foot orthotics as an addition to a shoe as they become manufactured within the sole of your custom made shoe. That one will be a huge game changer for all.

If you’re in need of a Custom Foot Orthotics then book in now with our podiatrist experts. Appointments available at all clinics across Melbourne CBD, Pascoe Vale and Emerald. 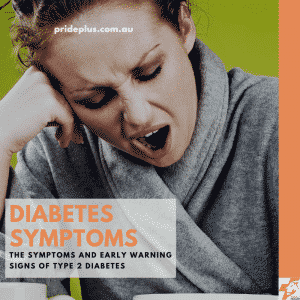 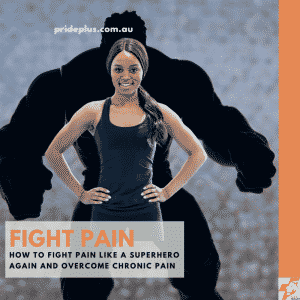 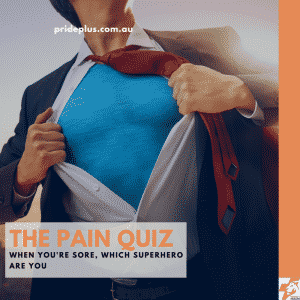 Pain Quiz: When You’re Sore, Which Superhero Are You