Does Massage Work? How?

As a physiotherapist I get asked all the time, “Dom, does massage work?”

Massage and touch are something so many of us crave when we are sore, stressed and tired. When you consider that these are all reasons a client will present to a physio and major contributing factors for injury, it’s no surprise I’m getting grilled on massage.

In clinic we often see patients presenting with stiff joints and awkward movements that could potentially contribute to their pain or discomfort. My clients commonly report, “I didn’t realise it was that stiff ” or “I didn’t notice that i’m moving in such a manner” until after I get to lay my hands on them.

It turns out the body can sometimes be poor at detecting sensation associated with self-generated movements. You may be unknowingly walking with that stiff knee, ankle or back for ages before you realised you have to get it checked.

Here’s where touch and massage can come in, shining a light in the darkness.

A recent paper published in the Proceedings of the National Academy of Sciences investigated the difference between self-touch and touch from others. The results of the study explains the importance of touch and why you may not be “feeling” your body as much as you thought so. It’s a great insight into how does massage work.

The results were illuminating!

In the first group, imaging showed increased signal in areas of the brain associated with movement generation and sensation picked up by the active arm but not in areas associated with sensation of receiving a touch on the passive arm.

Strange eh? You would expect the brain to also detect your own touch wouldn’t you?

In contrast, the second group receiving touch by the experimenter, a form of massage, areas in the brain known to be involved in social touch and cognition showed a significantly increased signal in response to the contact.

The experimenter decided to further investigate the sensitivity of the participants to touch.

The participants were asked to report their sensation when their arm was touched with fine wires of different thickness while being simultaneously stroked either by themselves or by another person.

It was found that the detection force was more than 100 times blunted during the self-touch!

Even when participants were cued to pay additional attention to the contact, it makes no difference in their sensitivity to pick up the stimulus.

Finally, the experimenter studied the intensity and speed of the signals that were transmitted to the brain during self-touch and other-touch conditions. It was found that the intensity of the signals were lower during self-touch compared to when being touched by others at the cortical level. In addition, there was a shorter lag for the signal to arrive at the brain for the latter group.

Let’s look now at how these findings relate to how massage works for injuries, aches and pains.

How Does Massage Work: The Importance of Touch

The ability to distinguish touch from self vs others is crucial for interactions with one’s physical and social environment.

If you pay attention to babies, you’d notice sometimes they hit themselves as they flail their wobbly arms around when exploring their surroundings. In the early months, the eyes and visual system of babies are not fully developed. If you were a baby, how would know whether it was your own arms that hit you on your face or was it someone else who was trying to annoy you if it all feels the same?

It turns out, the brain is able to differentiate self-touch and touch by others. Through early tactile interaction with the world, infants learn what their body is and where the outside world begins.

This is crucial in the development of self concept.

I promise this is important for understanding how does massage work.

The efference copy theory further provides an explanation why people are able to differentiate between self massage and others. According to this theory, the brain is able to predict the sensory consequences of self-produced actions and using this information it suppresses the perception of these self-produced sensory stimuli.

As a result of this cancellation, we cannot tickle ourselves!

Give me some attention!

To get someone’s attention real quick, it is not uncommon that we tap on their hands or shoulders. This is possible because the brain recognizes touch by others and prioritizes it as a relevant stimulus, rendering the tactile system more excitable in response to it.

Rubbing the pain off

And remember the last time you knocked into something or touched something hot and tried to rub the pain away?

How does that work?

In the skin lies structures known as nociceptors. These structures are sensory receptors that are sensitive to potential noxious stimulus. When a threat is detected nociceptors transmit signal to the brain and produce a painful response. Rubbing or self-touch helps because it tricks the body into suppressing the perception of local sensory stimuli and blunt the sensitivity of the area touched!

Touch despite being such a simple gesture, possess profound utility. That is why it is one of the favorites in the physio toolbox.

Just like how you can’t feel ticklish trying to tickle yourself, you are also unlikely to experience an accurate feedback of your bodily movements by moving it around yourself.

As mentioned earlier, clients commonly say, “I didn’t realise it was that stiff ” or “I didn’t notice that I was walking like that” until we lay hands on them.

In 2020 what we know about the body is still dwarfed by what we don’t know. We are constantly learning however and when it comes to massage we’re getting much closer to answering that question. Does massage work?

We know that touch and massage from another (like a physiotherapist, myotherapist or massage therapist) can excite our nervous system 100 x more than anything we do to ourselves.

We know that certain conditions such as the delayed onset muscle soreness (DOMS) we feel after an intense workout, event or race respond really positively to massage.

We know that a massage after sports events can aid recovery and prepare you for improved physical performance for the next session.

And we know that most of us, social creatures that we are, crave that touch from another person.

So, how will a physio sports massage help?

Are you a dancer, gymnast, bodybuilder (any sportsperson) or someone who wants to maximise your movements potential?

Do you have difficulty bending, twisting, moving into positions or getting your muscles firing?

Remember you may not be “feeling” your body as much as you thought so.

If you wish to reconnect with your body PridePlus Health is now offering physio sports massage!

A physio sports massage is tailored to your needs, your preference and your body.

That’s because as a physiotherapist I have the benefit of understanding the medical, social and physical side of massage therapy and how it works (and sometimes doesn’t). 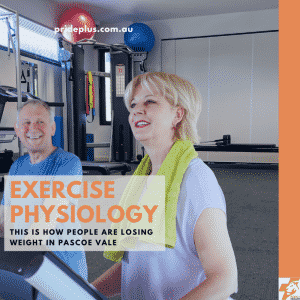 This is how people are losing weight in Pascoe Vale 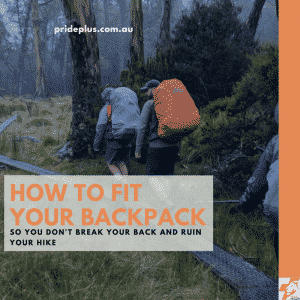