What is a ligament and what do ligaments do? This is the first piece in our Anatomy Class series where we will take you through all the interesting tissues which make up our musculoskeletal system.

What Is A Ligament?

Your ligaments are the really tough, strong and fibrous connective tissues which help protect and stabilise your body. They can usually be found crossing over joints although they can also be found between bones as well.

What Do Ligaments Do?

Ligaments are the final level of support for our joints.

Think of them as being similar to a seat belt in your car. Every time you go to jump in the car and drive somewhere you put on your seat belt (yes you do) and fasten it in place. From the seat belt’s point of view, it just sits there, passively locked away. With your seat belt on you can move around a bit, turn to see the kids mucking about in the back seat or reach over to grab your mints from the glove box.

All this time the seatbelt is just sitting there. Waiting.

If an emergency presents and you need to slam on those brakes, this is where your seatbelt is ready for action. The seatbelt will hold fast as your momentum carries you forwards and if if wasn’t for that trusty belt – through the windscreen.

Ligaments work in much the same way. They cross all our joints as areas of extra thick and extra strong joint capsule just sitting there, allowing our joints to move within their comfort zones.

When an emergency occurs and your joint gets stressed beyond it’s safe zone your ligaments (like your seat belt) holds fast to keep the joint from being damaged, subluxing or dislocating.

With this in mind, there are many activities we can do where we do not need ligaments at all. As long as we are working within our safe zone and the chance of being externally knocked about is minimal you can easily function without a ligament, or with a damaged ligament around many of our joints.

Just like when reversing your car and it’s not a requirement to have your seat belt on, some safe, slow and careful maneuvers can be conducted by our bodies without need for ligamentous support.

Why Are Ligaments Important?

Why are seat belts important? They save lives!

Ligaments are important as they save our joints.

For anyone who has ever sprained their ankle which damages the lateral ligaments in the foot, just ask how tough the first week is trying to get back on your feet.

Other ligamentous structures which hold our bones fast (think the interosseus membrane between our two shin bones and the connections between our vertebrae) are required where the more active, and first line of joint stability is limited or at a disadvantage.

The first line of joint stability is the active muscle contractions which stabilise and support our joints. If your muscles aren’t strong enough, too fatigued due to activity or chronic disease, or just unable to apply a force in that direction then ligaments are a great way for our body to stay held together.

Once they are in place they require little energy from the foods we eat to keep them maintained and healthy, whereas muscles require constant calories to contract and relax over and over again.

What Is The Difference Between A Strained Ligament And A Torn Ligament?

Clinically us health professionals refer to strained ligaments as partial tears, and in the scheme of things usually less severe than completely torn ligaments.

Fully torn ligaments tend to be a bit trickier to manage and at times require surgical intervention (as do some partial tears and strains). Going back to our seat belt analogy if you fully tear certain ligaments you can still move around, but it’s risky. Just like driving a car without your seat belt on.

A prime example of this is something we see way too often in the greatest winter sport, football (AFL, Go Cats!). The rate of ACL (anterior cruciate ligament) injuries is devastating as it’s one of the longest injuries to come back from. In the men’s comp, on average one player per team will suffer an ACL injury each year. In the women’s comp it’s even worse with female footballers 9.2 x more likely to injure their ACL than the men.

When we see our favourite players go down with an ACL injury there’s the initial look of pain and anguish, the holding of the knee and disbelief. Next the strangest thing, the players often stand and can walk on their acutely injured and torn ligaments, and often if they can’t it’s not due to the damage of the ligament, but the rest of the knee which has copped the damage after the ligament itself failed.

There’s also the unique cases of athletes who can compete at the highest level without certain ligaments. One of my all time favourite role players in the NBA, Dejaun Blair who had a solid career in San Antonio (Go Spurs Go!) suffered multiple ACL injuries to both knees in college. This was back in the day where surgery was thought to be the only effective treatment (things have changed in that regard). Dejaun’s surgeries failed and he was left without functioning ACL’s. This didn’t stop the undersized centre from carving out a successful and long career as his primary knee stabilisers, his quadricep, calf and gluteal muscles where trained up to take over and do more of the work.

How Do We Treat Damaged Ligaments?

We treat damaged ligaments with load optimisation and capacity building exercises which differ depending on the location and severity of the ligament damaged.

Load optimisation here refers to how we reduce peak loading around a joint so that the joint is not at risk of further damage. Think of this as strapping an ankle after an ankle sprain. The tape is there to hold the ankle in place and prevent further damage whilst still allowing some movement. This is crucial as complete immobilisation can often slow down healing of a damaged ligament.

Which takes us into capacity building.

Capacity building here is increasing the capacity of the primary stabilisers that act around our joints to do more work. This decreases the demand on our ligaments. In doing this we will often be moving an injured ligament which if done safely (within it’s optimal loading zone) will lead to healthy and strong ligament recovery.

What Can I Do About My Sore Ligaments At Home?

If you have damaged your ligament(s) and are in the acute phase an accurate and timely assessment and diagnosis by a professional is important. This is due to ligaments working to provide stability around joints. If they are injured then the joint might be at risk of further internal damage (say to the articular surface) which you really want to avoid. Traumatic articular surface damage is a key risk factor in developing ongoing osteoarthritis within a joint.

If you have seen a physiotherapist, podiatrist or similar for your ligament assessment and you know what your safe zone is completing active rehabilitation at home is ideal for your ligaments. An active rehabilitation will start with gentle movements of your sore joints, then progressing up the loading with resistance until you can work a joint through range, with some weight on it.

At home this might be done with some home based gym equipment, some free weights, therabands, or even some DIY weights. I’ve seen some great DIY weight set ups set up by ingenious clients using bags of rice, text-books, soft drink bottles and more. 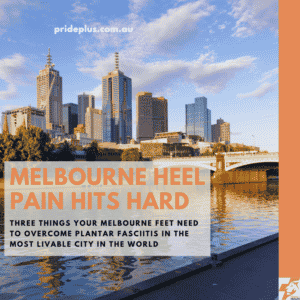 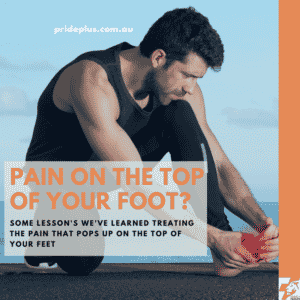 Lessons learned treating pain on top of the foot 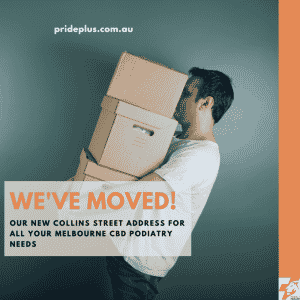